Published 21 May 2018 by Emma Carruthers

Gerald Musoke was a resident of YMCA Liverpool ten years ago. Gerald was able to move onto a dispersed flat  and then live independently shortly after. Gerald is a marathon runner who wears the YMCA logo on his vest when he competes. Julie Austin and Mark Porter had a chat with Gerald earlier this month and decided his story could be inspirational to other residents…

Julie opened the conversation by asking Gerald to reflect on his homelessness and his experience with YMCA.

“I’ve had to work for my own independence, I found the YMCA to be a place of refuge for me. I found it very comfortable for me. The staff supported me a lot and were always positive, so something positive came out of it.”

Gerald then explained why he feels it is important to wear the YMCA logo when he competes; “This coming back to YMCA …I wanted to say ‘thank you’ and do something positive that could maybe influence other peoples’ lives in some way. YMCA, for me makes a real difference in peoples’ lives, so that is how I see it.”

Gerald competed in his first half marathon in March 2008 before competing his first London Marathon four months later.

Gerald was asked what role his own determination to succeed played in his ability to move one; “You have to have determination. People with a lot of issues, in order to move on in their lives, they can come her and then make a difference in society”

Mark asked Gerald how he was affected by substance misuse during his time here; “It wasn’t a problem for me but there were people with different challenges and facing different things in their lives. I understood, without judging, for me it was about focusing on what I needed to do”

“I would say allow YMCA to help you and boost your confidence. Open up to them and tell them what kind of expectations you have and basically, let them support you because YMCA can make a big difference in your life, if you let them.”

Gerald spent time catching up with everyone at YMCA Liverpool before heading off to get ready for ‘Big Sunday’ and the Liverpool Half Marathon, which he completed on 20th May. If you would like to support Gerald you can donate here http://liverpoolymca.org.uk/support-us 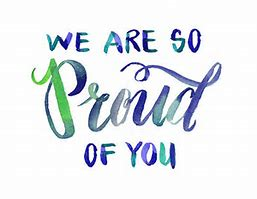